Kay Blumenthal-Barby M.D., and thanatologist at the University of Göttingen, possesses the largest collection of sympathy cards ever, recorded even in the Guinness Book of Records. Over a period of ten years, he collected around 3,500 copies from around 25 nations.

First, he started to collect among his own acquaintances. He further called upon conferences, trade shows and newspapers. As a result, he was flooded by sympathy cards from many countries. The oldest card in his collection dates back before World War I. He points to distinctive differences when comparing today's cards: "Back then, the cards were published in deep black with wonderful designs."

Many of those cards had costly, silver-colored overprints on the deep black background while others were embellished with black loopy ribbons. Images such as crosses, wreaths, angels, lilies, weeping willows or tombstones were typically used as they symbolized death. The sympathy card's design has already changed in the 20's of the last century. back then, the cards started to be dominated by shaded colors and not by the deep black as before. This trend was carried forward as most of today's sympathy cards are produced with very light, almost pastel shades which sometimes make it difficult even to distinguish them from the usual greeting cards. As suggested by thanatologist, Dr. Blumenthal-Barby, this kind of reaction to the "death" issue is also prevalent in other areas.

Funeral coaches are today hard to distinguish from other automobiles. In the beginning, they were not only black in color, but most of the time, they were splendidly decorated. Widow veils or condolence ribbons were entirely out of style. All these things combined point to the fact that society tries hard to suppress the death issue. How and to whom should people express their feelings of sympathy? Between collecting, comparing, conducting research and analyzing it, the thanatologist discovered some interesting historic-cultural differences.

While Germans generally express their sympathy in writing, the French mostly condole the bereaved in person. The sympathy cards are virtually unknown in countries like Russia and Italy, and in other so-called "third world" countries, no sympathy cards can be found at all. For instance in South Africa, sympathy card writing used to be reserved only for the white population, while the blacks either stood wake in the honor of the diseased person or expressed their sympathy by marching the funeral marches. In the more affluent lands, the bereaved are usually condoled by letters which usual contain money bills or checks of substantial value.

What would be the right wording for the contemporary sympathy card?

After receiving the death notice, it is appropriate to express one's sympathy immediately. This is usually done by calling the closest relatives and friends of the diseased in order to express one's condolence. The rest of the bereaved can be condoled in writing whereas great care should be taken while dealing with the bereaved family, considering the extreme situation which arose on the basis of bereavement. It is quite important not only to express genuine sympathy but also to offer one's help and support to survivors. One pleasant tradition is maintained in the US, where it is possible to obtain sympathy cards with the inscription, 'Please let me know what I can do to help'.

Every human being needs support, especially in times of deep loss. Unfortunately, this basic human need is often disregarded. 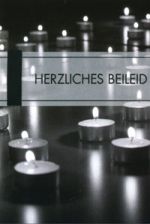 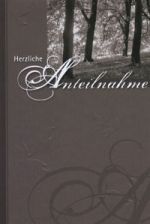 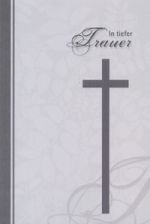 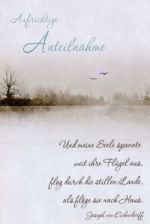 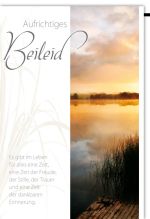 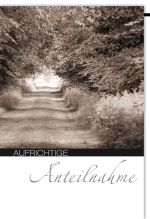 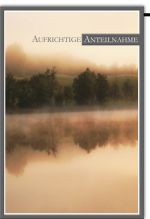 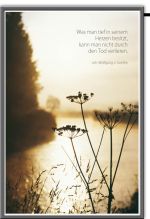 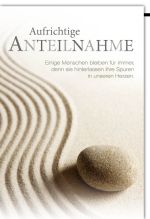 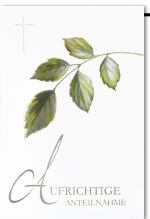 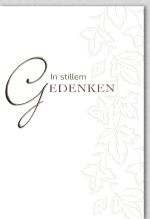 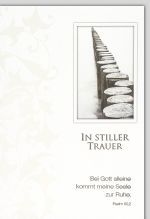